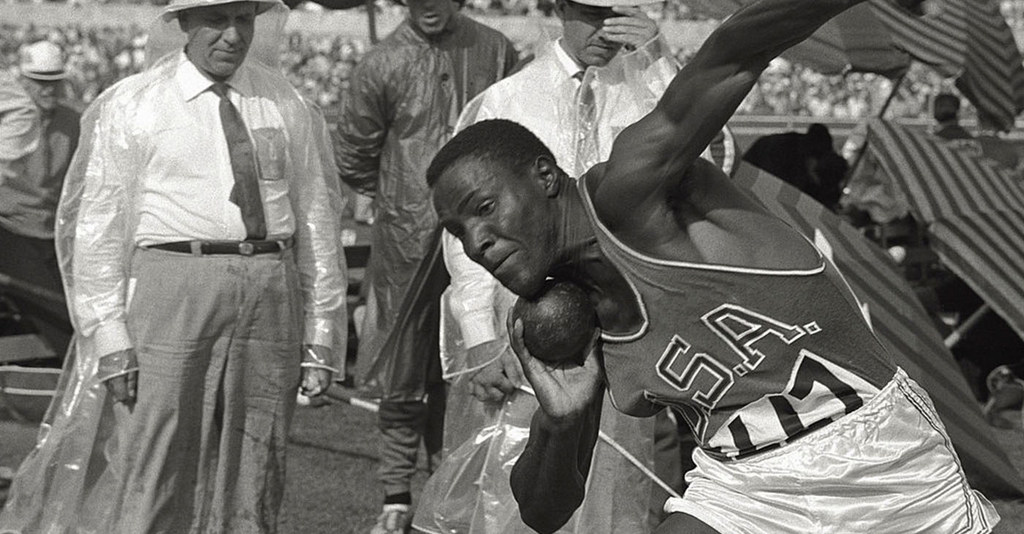 Johnson, a renown athlete, and humanitarian carried the American flag into Rome’s Olympic Stadium in 1960.

He went on to win gold in the decathlon and became a close associate of the Kennedy family.

“America lost a sports icon with the passing of Rafer Johnson,” ESPN’s Michael Eaves tweeted. “At one point, he was viewed as the best athlete in the world after winning the silver decathlon at the 1956 Olympics followed by the gold in 1960.”

“Today, we mourn the loss of legendary Bruin and humanitarian Rafer Johnson,” the school posted along with a photo of Johnson taken during one of his 1960s competitions.

Born August 18, 1934, in Hillsboro, Texas, Johnson and his family moved to California in 1945. Johnson’s brother, Jim, became an NFL star, eventually earning induction into the Pro Football Hall of Fame.

Rafter Johnson became an Olympic star, winning the decathlon at the 1948 and 1952 Olympics. He also proved a standout athlete, excelling in football, basketball, baseball, and track and field.

Ultimately, Johnson earned consideration as being among the world’s greatest athletes from 1955 through his Olympic triumph in 1960, winning a national decathlon championship in 1956, and a silver medal at the Melbourne Olympics that same year.

He set world records in the decathlon three different times.

In 1984, Johnson was selected to light the torch at the Los Angeles Memorial Coliseum to open the Games.

On June 5, 1968, Johnson was working on Kennedy’s presidential campaign when Sirhan Sirhan shot the Democratic candidate at the Ambassador Hotel in Los Angeles.

“It was one of the most devastating moments in my life,” Johnson later recalled.

After retiring from Olympic competition, Johnson began an acting career that included a starring role in the 1989 James Bond movie, “License to Kill.” He also took up many charitable causes, including working with the Peace Corps, the Muscular Dystrophy Association, and the American Red Cross.

UAE sees ‘seeds of progress’ on Gulf crisis, says envoy to US